Welcome to my family History site

This is a very, very early work in progress. This will get better, more will be added. Right now I have around 23 thousand people in my database, ranging from around 800 CE to recently. My main focus started with my French Canadian side (paternal) and my Irish (maternal) side, and then I discovered a connection to Early United States settlers, and from that back to their European roots. It's very eye-opening when you realize that your ancestors played a significant part in the establishment of Canada, the United States, England and Scotland.

This is my family - my brothers and sisters. My father took this picture with his Kodak Brownie Hawkeye, I'm guessing that is was in 1960 or 61, in our living room on East Park, in Valleyfield, Quebec. I was too young to remember the occasion, but I'm guessing it was Easter, based on the clothes. Of course, it could have been any Sunday

That's me - the cute one! I was so cute that my brothers Gerry and Bob had to fight over who could hold me on their knees. Gerry won, and Bob (on the right) is obviously not happy about it. That's Carole with the big smile (because she got to sit beside me), and Marion, who seems to be thinking that she could be somewhere else, anywhere else - where she wouldn't have to compete with her really cute little brother. 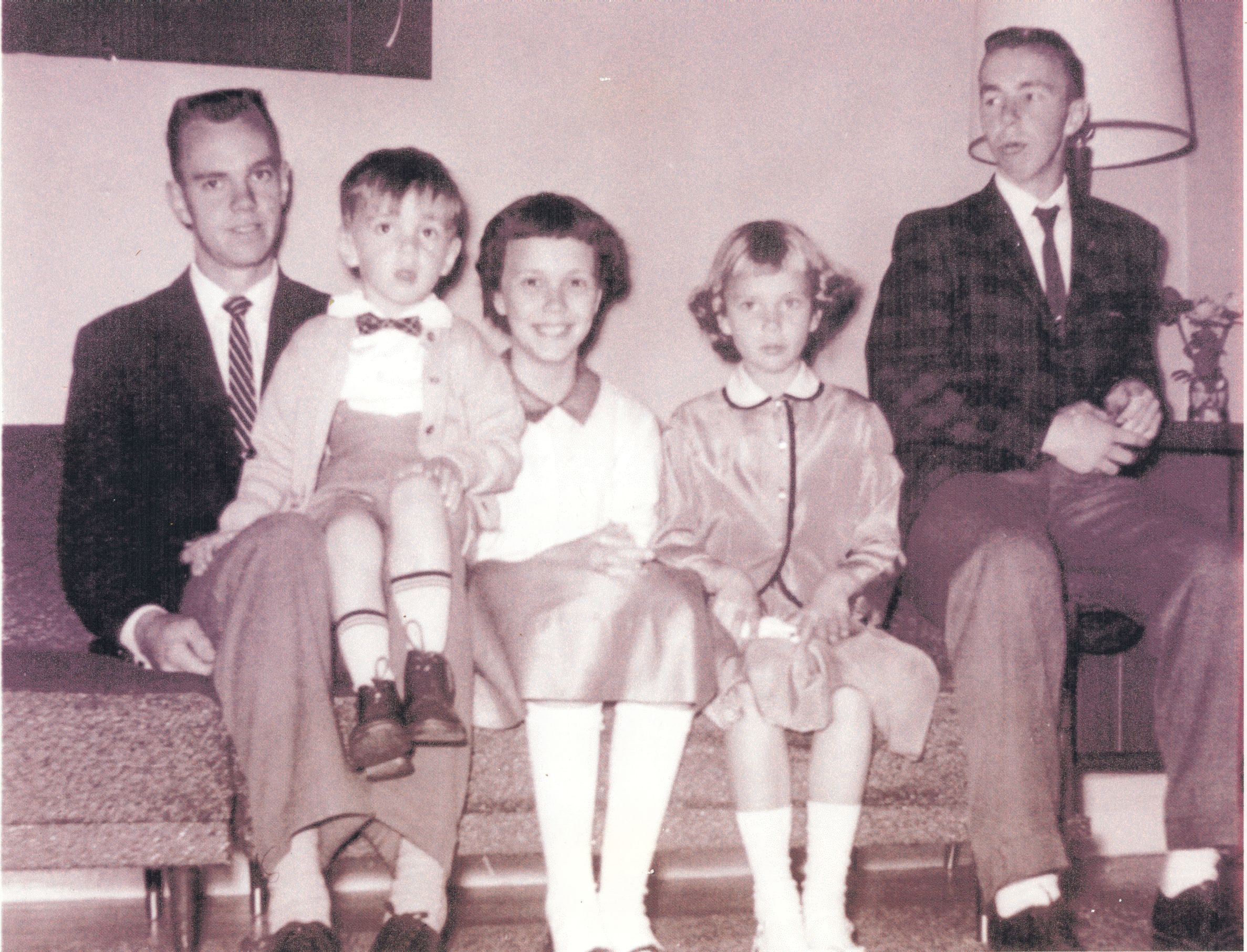 Some of this site is of general interest, and some, like the section on maps, are areas that I want to research - taking the data in my family history database in new directions.

Some pages I have put together on this site include:

Overview of the 4 families in my immediate ancestry: Leroux and McCann on my Fathers side, O'Connor and Walsh on my Mothers.

Some interesting family members. To me, anyone that spends 6 weeks on a cramped ship while immigrating to a new country, carves out land for a house and crops and raises a boatload of children is interesting. I had to limit things, so I picked a few..

Maps. I am still working on this. I will be showing the progression of the family, mostly through Quebec - which is where I initially focused, but also through the rest of North America. Using maps to visually show the progression of the family has been something I've wanted to do for a long time. This is a start, and I'll spend more time on this.

Les Filles du Roi. Les Filles du Roi were critical to the establishment of Canada. We've always known that we had a Filles du Roi in the family. Everyone with ancestors in Quebec does. Then I started researching them a bit more, and found another, then another, until now I am up to 15.

Soldats du Carignan. The soldiers who came to initially support the colony. I've just started looking at this, so it may be a little while before this link becomes active.

Our Royal connection. It came as a bit of a surprise that some of my ancestors were Kings and Queens in Europe.

The Bell at St-Regis. Maybe it's just a story. Maybe there is some truth to it. Either way, it's interesting.

Pedigree chart. Interactively trace my family back through time. Note: from any person that you look at, you can also see their pedigree by clicking on the pedigree link.